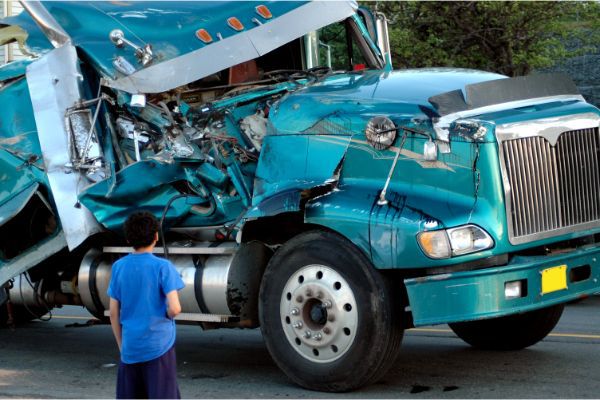 If you have been involved in a car accident, such an event may have been and will always be one of the most terrifying experiences of your life; and while statistics show that almost all drivers in the US will be in at least one car, truck, or motorcycle wreck in their lives, the hope is that you and passengers will come out unscathed and with little property damage. In the case of an 80,000-pound commercial truck hitting a 4,000-car though, the results are often extremely grim.

Considering all we know today, and with all the strides that manufacturers have made over the past decades in terms of safety mechanisms – not to mention all the fancy new bells and whistles, it would seem like the number of traffic incidents would begin to decrease throughout the country, and substantially so. Unfortunately, that is not happening at all, much to the concern of everybody—from drivers (who are frustrated at the fact that driving to and from work can be such a hazard) to government officials (collecting copious amounts of statistics), to infrastructure analysts and engineers who wonder where their designs went all wrong. Not only are there rising numbers of car and truck accidents, but also tragic fatalities of bicyclists and pedestrians, and especially for seniors who may be traveling on foot.

The reasons for trucking accidents are often similar to that of car wrecks too, as truckers fall prey to all the same human errors and temptations. The first of those temptations would be distracted driving, and for truck drivers this can be even worse because they spend so many hours in the car, they may become bored—and they may have more electronic gadgets both to fiddle with and entertain them.

Many other activities may ensue also to while away the hours, from continued eating and drinking to grooming, and more. One of the most serious problems with a trucker engaged in distracted driving is that if a motorist or other truck in front of them slams on their brakes and they are not paying attention, it takes longer for a truck to come to a halt and a rear-ending could be catastrophic—along with any other type of accident.