Aging Guardrails on Bridges May Not Provide Expected Safety 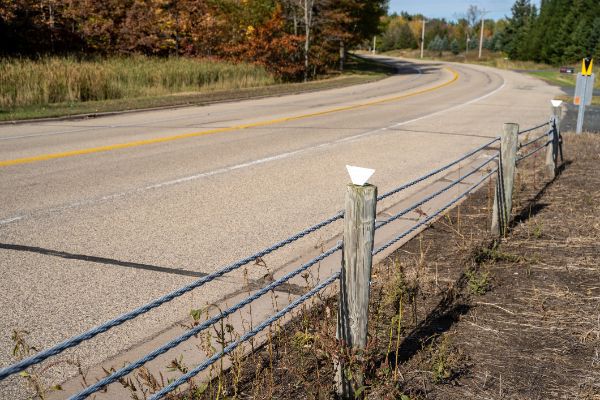 Aging Guardrails on Bridges May Not Provide Expected Safety

Unfortunately, accidents continue to abound today on our nation’s roads and highways, greatly affecting many individuals who are hurt due to the negligence of others, and families and friends who are left behind to mourn those who may have been killed. The most tragic element to most car accidents—as well as truck accidents, motorcycle accidents, bicycle accidents, and those involving pedestrians—is in knowing that for so many of these cases serious harm or fatalities could have been easily prevented if others behind the wheel had refrained from using poor judgment while driving.

Distracted driving is the number one killer on the roads today, as well as causing thousands of accidents each year. While it may seem all too easy to look down at your phone, read a text, and then type out an answer, in the time that it takes to do that, catastrophe could ensue. Other distractions such as rowdy passengers in the car, activities like eating and drinking, grooming, and more are the culprits of many accidents along with classic violations like speeding, driving without a seatbelt, and driving while drunk or on drugs. This can all be made worse by lack of maintenance to infrastructure also; for example, if a drunk driver veers off and hits a bridge that is not sturdy, they could not only end up in the water, but other motorists behind them could end up in peril too.

Many guard rails on bridges are aging, need to be replaced, and very possibly would not provide the security you have always expected. Recent news reflects this with certainty, as not just one but two vehicles have crashed through bridge railings in Houston—with the last incident involving a second car in the accident too.

“Statewide, roughly four in 10 railings along major highways do not meet current, acceptable safety standards, a review of federal bridge inspections shows. Of the 17,532 bridges along major interstates and federal and state highways in Texas, 6,631 are listed as having insufficient railings. That includes 30 of the 200 bridges and overpasses along Loop 610, mostly along the eastern side of the freeway loop,” reports the Houston Chronicle.

If you have been injured in a car accident due to the negligence of others, please call the law offices of Andrew ‘Pike’ Piekalkiewicz, PLLC as soon as possible at (713) 748-7453 or visit AttorneySgtPike for a no obligation case review.

As a variation of the system employed in trucking cases, Sgt. Attorney Pike activates and deploys the Car Accident Response Team or C.A.R.T. ™ immediately after being hired and in appropriate cases. A team of specialized personnel trained in every aspect of car wrecks and injuries is deployed. Let us help you!