Can I Talk on My Cell Phone While Driving? 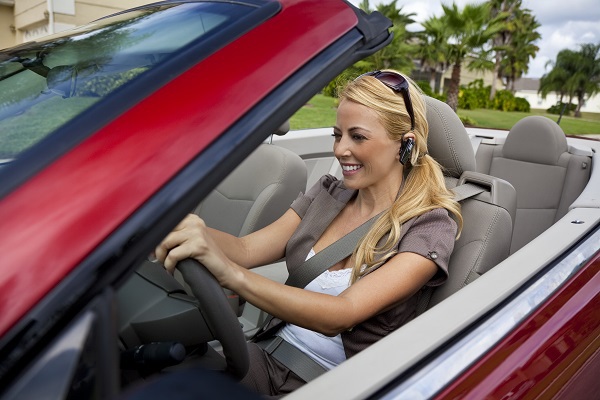 If you live in Houston, or Texas, you may not be surprised to know that there is a ban on texting and driving, finally. Many states have instituted such laws, with strict fines to follow for those who are caught. And while it can be hard to prove that a driver is texting while behind the wheel, most cities notice a decrease in accidents caused by distracted driving once a ban is in place.

But what about people talking away on their phones while driving? This has been a scourge on the roads for years; however, it was superseded by the advent of texting capabilities. It is still legal, and along with other distracted driving behavior, often makes it seem as if motorists are doing everything except focusing on their driving. If you must use your cell phone while driving, do so in a hands-free fashion so you are able to drive safely. Engaging in a phone conversation can still take away from defensive driving required on dangerous roads, so it is critical to practice the utmost caution and keep calls as short as possible.

Most likely, you have been in traffic, traveling behind another motorist who is distracted by one activity or another. This can be extremely frustrating, as a distracted driver may be stopping and starting in an erratic pattern, looking down, failing to move ahead when the light turns green, and more. While many of the classic distractions such as passengers in the car, eating, drinking, and grooming, are still all too prevalent, the smartphone is the common denominator in many accidents today. Unfortunately, thousands of these car crashes result in fatalities—while hundreds of thousands of others cause moderate to severe injuries including paralysis, amputations, brain injuries, broken bones, and much more.

If you have been in a car crash and injured due to the negligence of another driver, you are probably angry that they have put you through such pain and suffering over an accident that was completely preventable. Do not try to go it alone if you have been hurt in a car crash—insurers may try to take advantage of you by delaying or denying your claim or issuing a lowball offer that is only a fraction of what the case is worth.

If you have been injured in a car crash or a truck accident due to the negligence of others, this is not the time to go it alone! Attorney Sgt. Pike has developed a system to combat the various forces in the trucking industry attempting to defeat the rights of those wrongfully injured or killed. Based on his training and experience as a Special Forces Operator (Army Green Beret), Attorney Sgt. Pike activates the Truck Accident Response Team or T.A.R.T. ™ immediately after being hired in appropriate cases. T.A.R.T. ™ then deploys to the area of the crash.