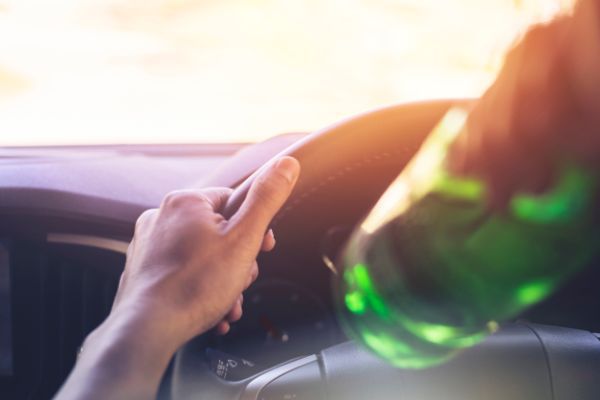 It is a sad but undeniable fact that hazards abound on the roads—almost anywhere you are driving. And from the moment that you pull out of your garage or begin backing out of your driveway, it is time to begin driving defensively. While many serious accidents can occur within a short distance of your home, most of us spend many hours on the highways during the workday and the weekend too, traveling to and from destinations important to us. Unfortunately, drunk drivers, or those under the influence of drugs (whether legal or prescribed) may also be traveling on the roads with us, having exhibited extremely poor judgment in getting behind the wheel.

Although traffic fatalities and accidents are on the rise in many parts of the country, and government officials continue to be stymied as to how this could be happening amidst so many public safety campaigns, it is true that MADD has had significant success in dampening the number of drunk driving deaths in the United States. While they may be down by almost a third, that still means there are an enormous amount of injuries and deaths caused by drivers under the influence—and far too many motorists have not just one DUI under their belts but perhaps even several or more.

They are often able to get their licenses back, but sadly end up in trouble again later for drinking and driving. The tragedy is that these accidents could have been completely prevented if drivers had stayed at home or abstained from alcohol on realizing they would have to travel. And while drunk drivers are a problem on the roads, the main challenge for repeat offenders is usually alcoholism—and without a sober lifestyle, they will always be a danger to other drivers. Counseling, education, and rehabilitation are needed for many of these types of drivers, but that is another topic entirely.

Distracted driving is another dangerous element on the road today, and even worse, drunk drivers may be distracted drivers too, fiddling with their phones or other devices as they are driving down the roads already impaired, causing exponential possibilities for danger. Driving over the speed limit, disregard for traffic signs and signals, and a lack of attention at crosswalks and other areas where pedestrians and bicyclists have right away, are common reasons for car accidents, along with lack of attention at hotspots like intersections—especially when motorists are turning left.