Trucking Accidents: Driver May Have Previous Accidents on Record 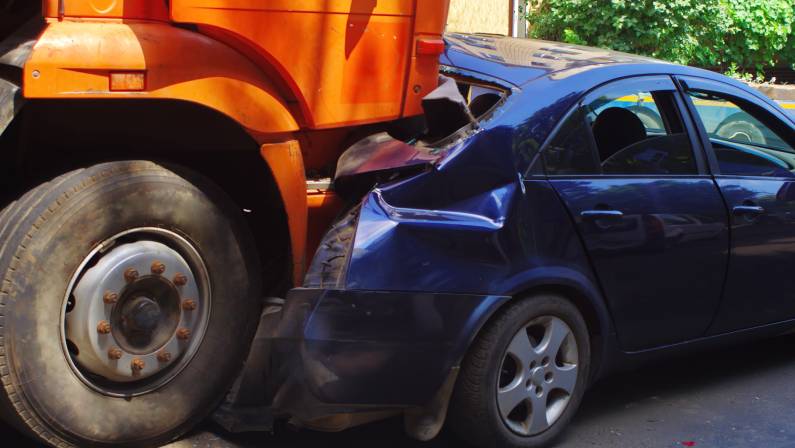 You may feel intimidated on the road just sidling up next to a large truck; after all, they are often enormous, loud, and take up a lot more room on the highways. They often tend to travel in clusters or convoys on the highways too, and you could get sandwiched in between numerous semis or 18-wheels that far outweigh your vehicle, making your car or even SUV seem diminutive in comparison—and vulnerable. Still, most of us traveling on the highways near larger vehicles assume that their drivers are experienced, responsible, and alert.

Trucking companies are responsible for everything about the trucks they put on the road, and in many ways, the drivers too. This is a heavy ‘load’ to bear but it is their job, and that starts with the trucks. Vehicles must be properly maintained, truckers must understand everything about them so they can care for them on the road, cargo must be extremely well secured so it doesn’t fall off the truck and cause catastrophe, and the hiring and management process for drivers must be meticulous—all in the name of safety.

Drivers must have attended the proper training for truck driving, attained a commercial drivers license, and should have a clean record. In some cases, however—and this may be especially disturbing if a large truck hit you—drivers may have precarious backgrounds and licenses. They may have had accidents before, and it may have been just a matter of time before they were arrested for an infraction, or worse, caused a crash resulting in significant injuries or even fatalities. Some truck drivers may lie on initial applications too, and even though this should be caught by most companies, that is not always the case.

Other truck drivers may also be running their own businesses and are responsible for getting their own work, handling freight themselves, and paying for their own insurance. There may not be as much supervision involved in making sure their records stay clean. Unfortunately, truck drivers can fall prey to many of the same temptations that regular drivers do, from distracted driving to driving under the influence, or developing bad habits like speeding, ignoring traffic signals, and more.

If you have been injured in a truck accident due to the negligence of others, this is not the time to go it alone! Attorney Sgt. Pike has developed a system to combat the various forces in the trucking industry attempting to defeat the rights of those wrongfully injured or killed. Based on his training and experience as a Special Forces Operator (Army Green Beret), Attorney Sgt. Pike activates the Truck Accident Response Team or T.A.R.T. ™ immediately after being hired in appropriate cases. T.A.R.T. ™ then deploys to the area of the crash.